Victrix French based and finished 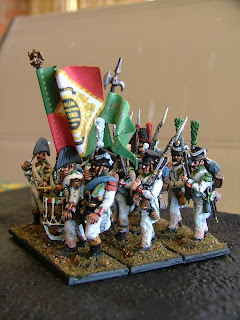 As predicted, the basing presented some challenges due to the size of the figures and the bases molded on as part of the figure.  In the end I cut the plastic bases back as far as possible, smoothing edges and rounding them off with the Dremel tool - fair amount of mucking about but it solved the problem of fitting them on my WRG basing system.  For this battalion I chose a command stand (60 x 20mm), a three-figure (45 x 20mm), a single (20 x 15mm) and two 2-figure stands (45 x 20mm) for the elite companies.  I used combination s of the hard plastic green bases that come with the Perry's French box as even with the adhesive magnetic sheet on the bottom, they were still about 3mm thinner than the standard MDF bases.  With these thinner bases, the 30mm+ Victrix don't tower as much over the 28mm Perry figures. 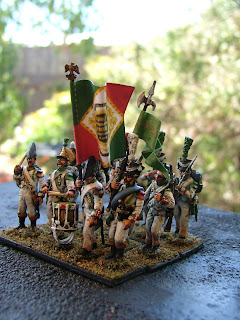 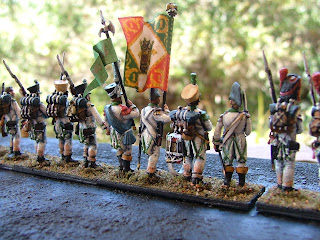 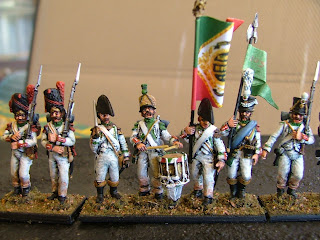 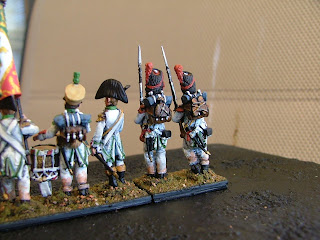 Detail: back of Grenadier Coy - note all the gear strapped to their packs. 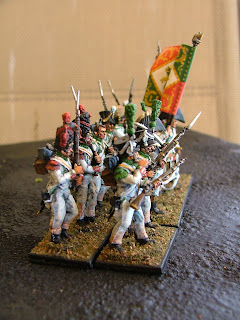 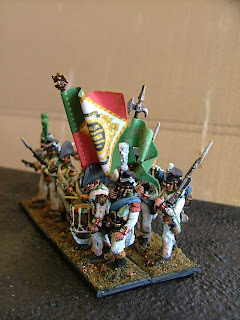 Well that's it - one battalion down and another one to go! I'll have to decide if I turn the other two battalions into Italians or Legere and there are the kneeling skirmishing figures to do too (2 per bttn) Plenty of holiday painting to do before I even get to my Perry Cuirassiers.

But hat's off to Victrix - bloody nice figures. 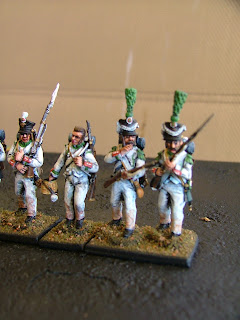