The end of 2020 saw me busily finishing off my French in Egypt project which, figure-wise, is now all but completed. Some scenery (a Nile-ish shoreline and crude village dock) still have to be constructed along with another French sloop for the scenario I ran last year but other projects have now taken priority and in particular the completion of my 1914 project. This was given a big boost through the acquisition of a large German army (half of which I painted myself anyway!) which has now been touched up and is just awaiting some specific figures to finish off.  I've already got the bulk of my 1914 Belgians finished but had bags of Empress lead (Paul Hick's wonderful British Expeditionary Force figures) to paint and base. I'm pleased to say I've just completed my Contemptables with an infantry platoon, two Vickers HMGs, a Howitzer and limber and now cavalry (sword armed so possibly Dragoons?)  I intend to add a unit of Highlanders and a few other bits and bobs in the near future but for now have a full army tabletop ready! 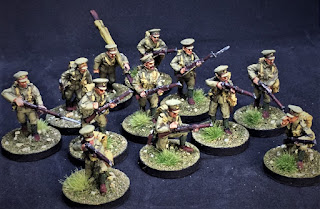 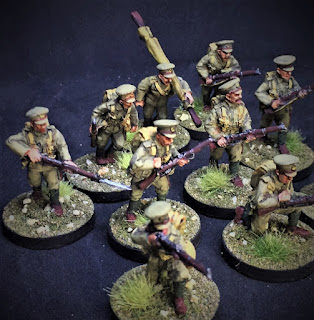 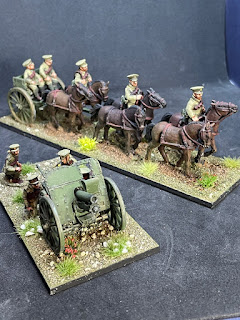 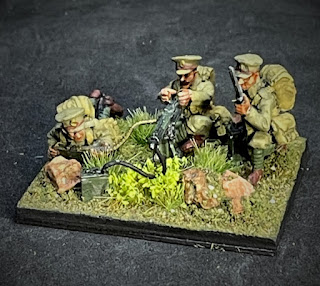 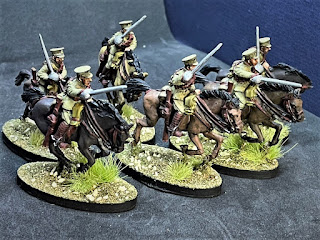 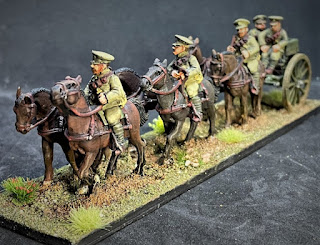 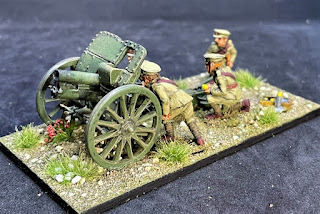 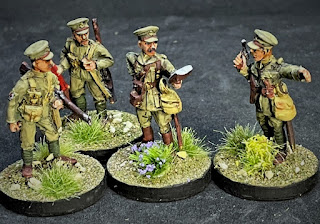 Also added was a German Hussar command figure converted from an old Foundry FPW figure. The uniform is very similar to that favoured by older Prussian cavalry commanders and made popular by famous generals like Mackensen. Hopefully obtaining a proper Hussar command soon but meantime here he is with his Hussar escort! 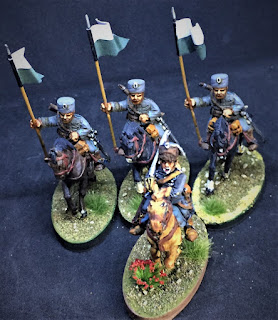 Also recently acquired is the Muttonchop (Empress) German Maxim which I have now done up. Should have put it behind a low wall or something but I think the basing works. In addition to this was the very pleasing re-acquisition of my artillery limber with crew in Feldmutze (my conversion). 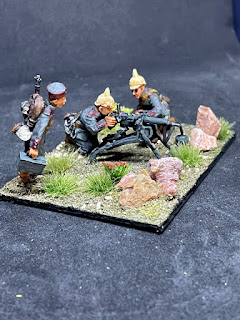 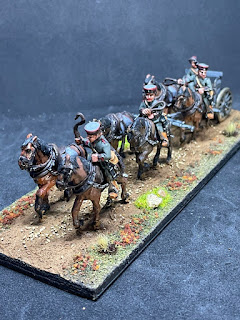 All of the above will of course also be added to my virtually complete Belgian army with its Minerva Armoured Car. I may at some point try and find an RN Rolls Royce AC also used in 1914 - hopefully easier to find than a model of a German 'Taube' single winged recon plane (one of the first aircraft used in WW1). 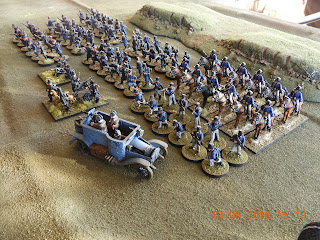 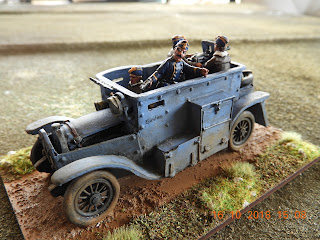 I already have some Northstar Great War Miniatures Scottish command (in Glengarry) painted up with a spare piper and officer etc, with just a sun helmet or two to remove so the Highlander unit will be first cab off the rank for painting when they arrive. 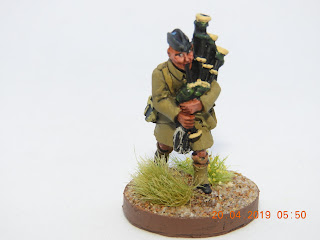 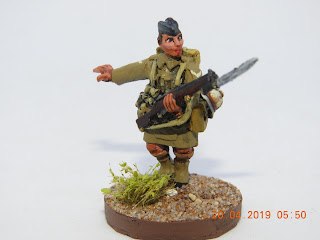 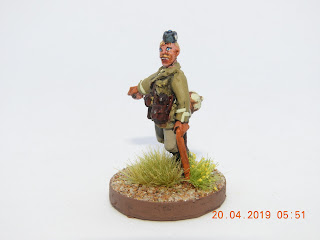 I really like the very animated cav figures from Empress - pity they don't come with a command - but my Northstar order should take care of that. Love that Muttonchop Miniatures (Empress) Vickers HMG too. 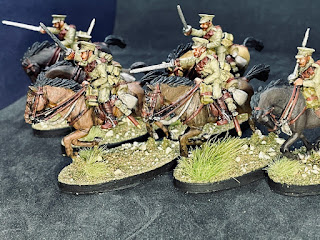 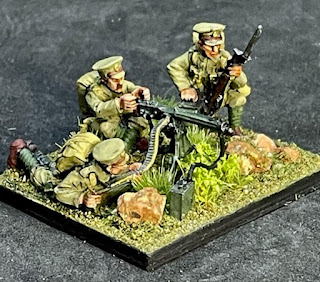 Well that's it for now. Tootlepip! until next time.
Doc
Posted by Doc Smith at 6:14 PM 6 comments: