Some more WWII stuff and my various projects

I just checked and realised that its been nearly 8 weeks since my last post.  Kinda got away from me I think!  Its been even longer since I had my last game.  The Carlist Wars game @ the Lanyon club was a hoot and Doug has since threatened to sell his Carlist armies off to keep the roof over his head so I think we should do another sooner than later. But I haven't been as idle as my lack of blog posts would suggest.  For starters with a few mates I put in a mega order of figures from Perry's and have only just got that through and sorted out what needs to be done (as if there wasn't plenty in the first place!)

Long and short of it is I'm re-doing all my Napoleonic collection, having sold off all my old Austrian, Russian and French figures (hence the outrageous purchases from Perry's!) At last count I had over 500 figures to paint up. Enough to see me well into retirement proper but that's only part of it.

Some of my current projects are:

There are other bits and pieces for my N Africa/Greece including mortar, HMG for my German Gebirgsjaeger & a Bf 109 to complete the German air cover.  Will also collect a bomber and fighter for the Italian's air cover. Oh, and I need some Greeks - just a platoon or two!

Others include a complete Dragoon regiment (incl dismounted) for my Thirty Years War Imperialists army and some pikemen to complete my Italian Wars army for Impetus (actually a Doug initiative!) and finally, in storage awaiting the old paint brush is an entire 1866 Austrian army too!

OK - a trifle ambitious perhaps (read completely effing insane) but such is the life of a wargaming addict, nes par? ;-)

What I have done lately is the air cover for the Crete campaign - nearly finished the Germans and halfway through the Allies with my Hurricane done & Blenheim (hopefully) on the way. 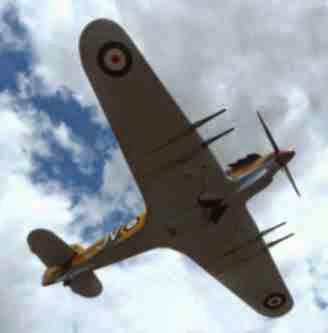 I've perfected my flight stand design too so it looks less clunky but is still robust enough to take any 1/72nd plastic model up to and including a JU52! 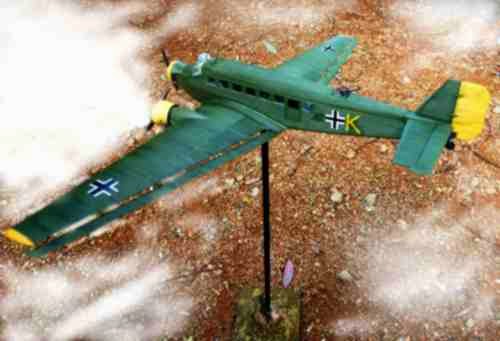 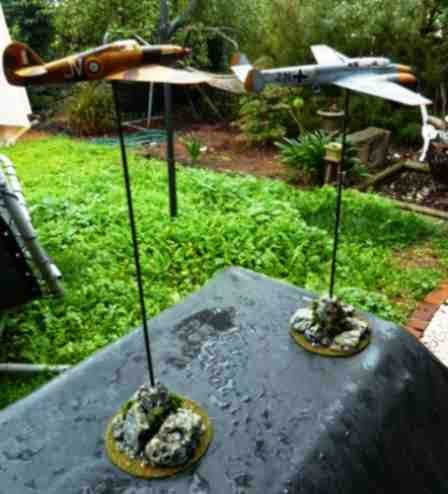 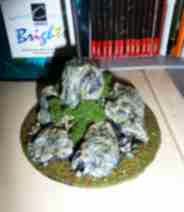 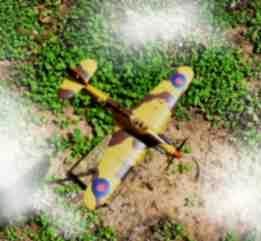 Well that's about it for now.  Working and now the footy season, house hunting on weekends and just life in general seems to all get in the way of my blogging but I will try to not leave it too long until the next post.

Oh, and a big thanks to my blogging buddy Fran (the Angry Lurker) for the birthday greetings. Really cheered me up at the time - cheers mate!
Posted by Doc Smith at 9:26 PM No comments: