Blast from the past - my foray into 40mm Napoleonics

Back to Napoleonic subjects - a brief foray into 40mm.  Going through old stuff I came across a series of shots I took for a job I did for my old Kriegspieler magazine partner in crime Doug.  One of Doug's many enthusiasms was one for 40mm figures, inspired by the beautiful Perry's range.  Ostensibly for skirmish-type games for the Peninsular campaign, Doug lent me some of his great Spanish buildings so I could record the finished job with the right 'atmospherics'.  The units are the 63rd & 28th Ligne in campaign and dress uniform respectively. 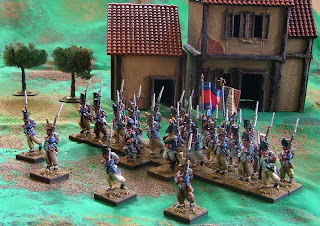 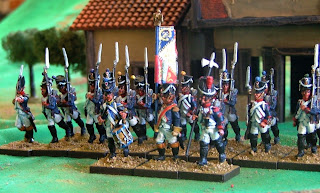 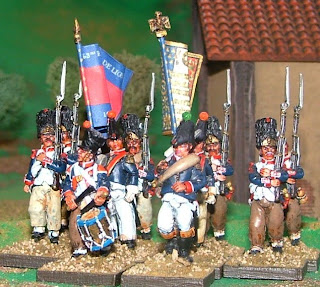 Most of the French I made up and painted were Sash & Sabre - very nice figures from the US and a bit more affordable compared to Perrys.  For the French I did up two battalions and a regimental colour guard.  For the Brits (mainly Perry figures) I did a battalion of the Buffs.  Note the Colour Party are S&S figures. 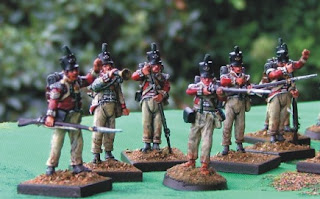 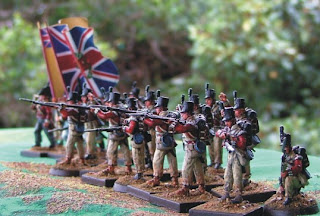 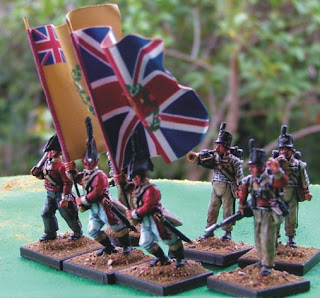 To finish off the project I did French 3rd Hussars - again mostly Perrys and some of the most beautiful figures I have ever seen.  The officer is simply magnificent.  Unfortunately my photography wasn't and I did not do a very good job of recording them before they were passed over to Doug and sold on - more's the pity. 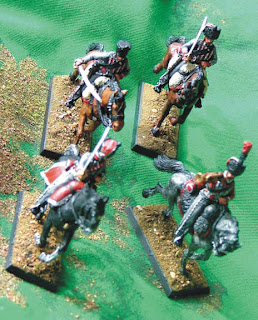 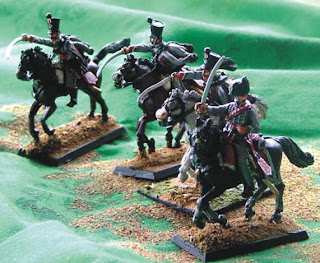 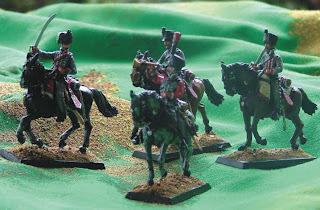 Well that's it for the 40mm - they've been sold on to a collector in the UK I believe.  They are great figures and with attractive scaled up scenery, make for good skirmish games - just the economies of that scale that defeated us - couldn't afford both these AND the 28mm collection!

Anyway, hope viewers of this blog enjoyed my little trip down memory lane - just while I struggle to finish the Victrix Italians off.

A Happy New Year to all.