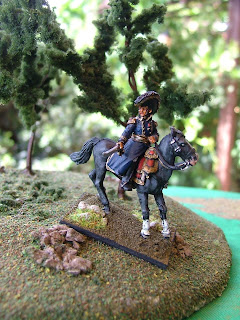 Amongst the other figures I've collected and painted are some Russian, Austrian and Bavarian cavalry.  The Russians are the very tasty Front Rank Don Cossacks I bought to keep Platov company.  They like him and give him a rousing chorus of cheers before they race off to loot and plunder.  The usual great quality you come to expect from FR - they are in my opinion, one of their better sets.  And even better - a Christmas present for me last year! (Wonder what Santa will bring this year?) 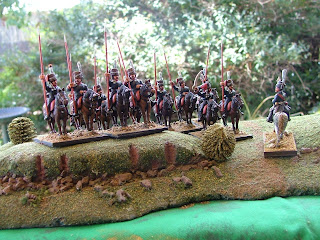 Yaaay Platty! He's our man, if he can't flog the French no one can! 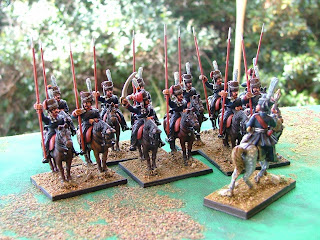 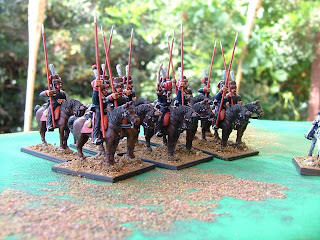 Another lot that turned out well - seemed to take ages to collect - were the Foundry Austrian Cuirassiers.  Part of my Reserve Division with the Grenadiers, they have yet to be 'blooded' but I'm sure they'll acquit themselves like true Austrian nobelmen: 'Vorwarts Meine Kinder!' 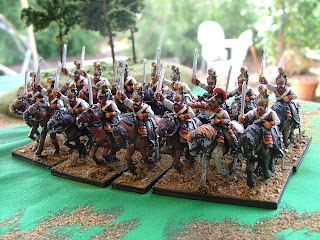 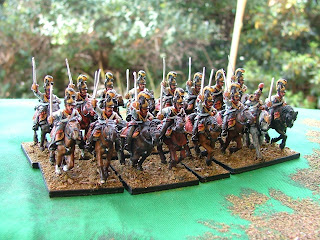 The trumpeter was an old small Foundry Chevau Leger but we 'dragooned' him into the 'eavies - a bit of green stuff on the helmet to make a bigger crest and he makes a good boy bugler!  Even let him grow an 'eleven-a-side' mo to feel part of the lads! 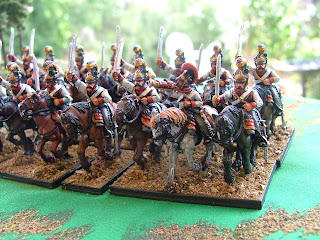 Next lot are amongst my fav-o-rite German cav - Foundry Bavarian Chevau Leger.  A birthday present (thanks Doug!) I spent ages painting them.  They took more time to finish than any other unit of cav I've done in living memory.  Dunno why - but getting the shading and detail right took forever.  I did them in stages.  Finish one bit, put 'em aside and do another unit, then do the next bit and so on.  A year later they were done! Phew!  They are beautifully sculpted figures and I think worth the trouble just to make 'em look the ant's pants - nearly went blind and mad painting those dot-dash lines on the horse blankets tho...! 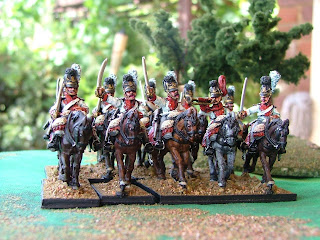 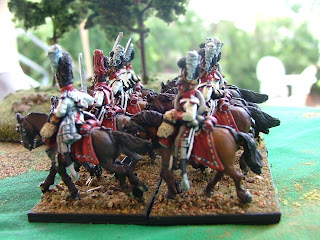 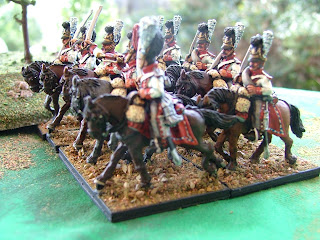