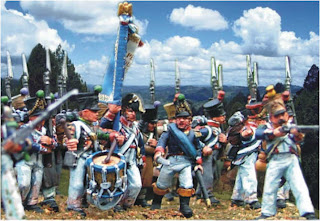 I must admit painting up the Perry's has been somewhat of a revelation.  As well as being beautiful figures, playing around with simple conversions, as long as the eyesight holds out (touch and go at times, I admit) they are great to paint because you can get such terrific results.  The other thing is, as I'm sure Alan and Michael planned, you can mix 'n match the metal sets in with the plastics to create many more then the 42 figures per box (with just one command each) allows for.  I also bought the regt. command in greatcoat, a bttn comd and a casualty set.  Out of two boxes (82 figures) with two commands I now have 8 x 12 figure bttn units - and some neat casualty markers! Anyway, nearly all finished now - the results have been well worth it. And most importantly - affordable!

All of the following are my 19th Ligne. 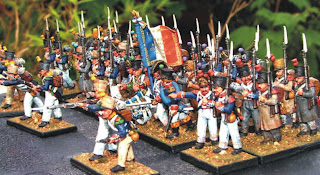 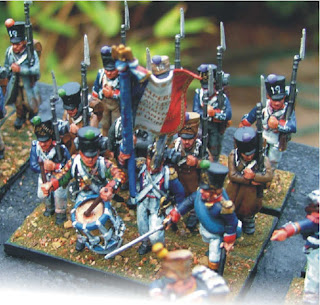 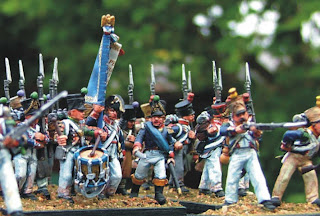 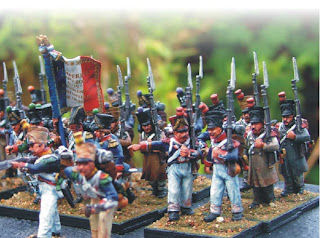 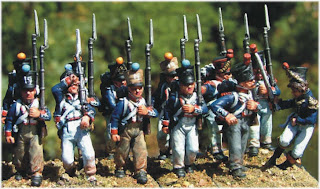