Two welcome events in the last week have cheered me up no end - our local club is coming out of Covid lockdown and commencing operations (and gaming!) again. Woohoo! And my last order from Brigade finally arrived on my doorstep last week. That has enabled me to finish my Dragoons and eventually the rest of my Army of the Orient - so the end is finally in sight! (sort of...) Although there's a small mountain of lead still to go this has been a reasonably productive two weeks or so. 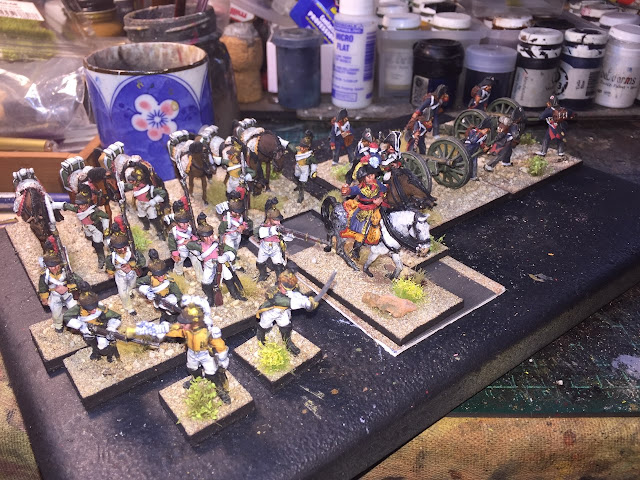 The figure production for the last fortnight or so - minus the General finished earlier.

All the figures this time are Brigade (sculpted in the UK by the talented Paul Hicks) starting with the Foot Artillery (in Bicorne). There are two 6pdrs with crews loading and firing - love the poses! 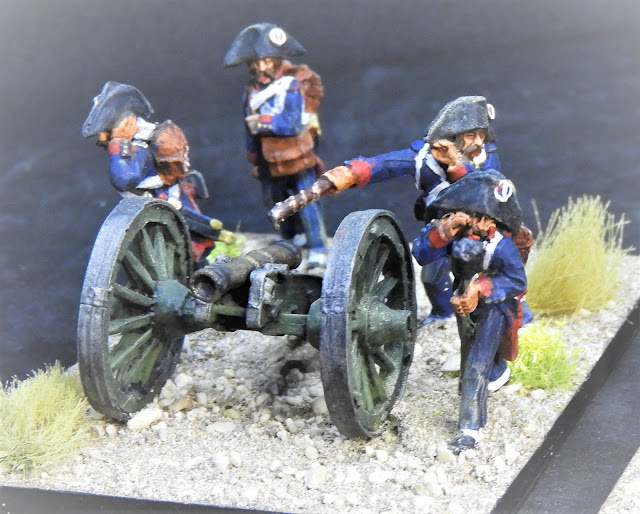 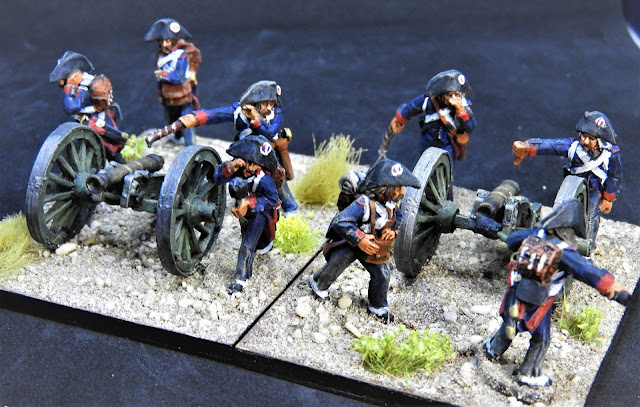 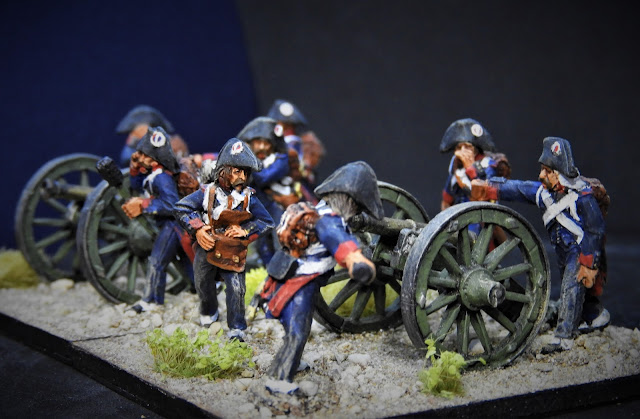 I like the idea of the gun commander yelling at the rammer not to swab the barrel before the vent-man seals the touch-hole. The vent-man is equipped with a peculiar leather glove with the thumb that seals the touch-hole to stop air getting into the barrel and potentially igniting waste powder before it can be swabbed out prior to reloading. Hicks' figure is the best I've seen depicting this vital crew member in action.

The next lot are the dismounted Dragoons. For the campaign French cavalry arrived in Egypt with less than 800 horses, Napoleon thinking they would source locally the 12,000 or so he thought would be required. As it transpired they fell far short of finding this number and much of the cavalry were dismounted at the start of the campaign. Some Dragoons and the Guides were issued with infantry packs, trousers and boots and at least for the early part of the campaign, marched and fought as infantry (the Guides were in fact originally organised as both mounted and foot units). Tactically even when mounted they sheltered in infantry squares and/or dismounted to form square rather than taking on the Mamelukes hand-to-hand, the latter being better mounted and equipped (and arguably the superior horsemen!) Brigade also include sets of Dragoon horse-holders as well as those equipped as infantry. 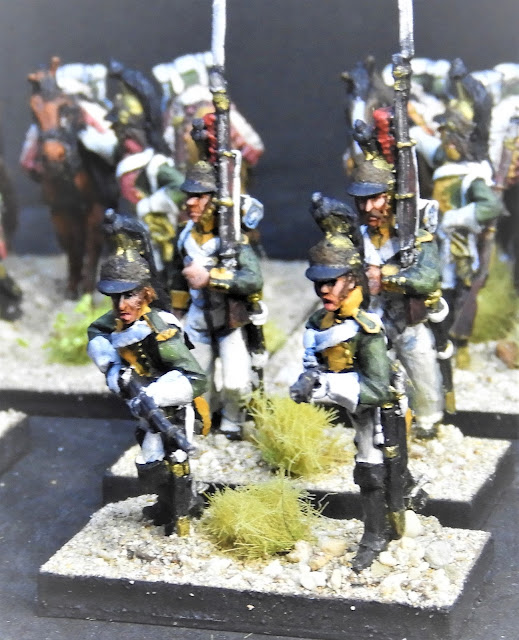 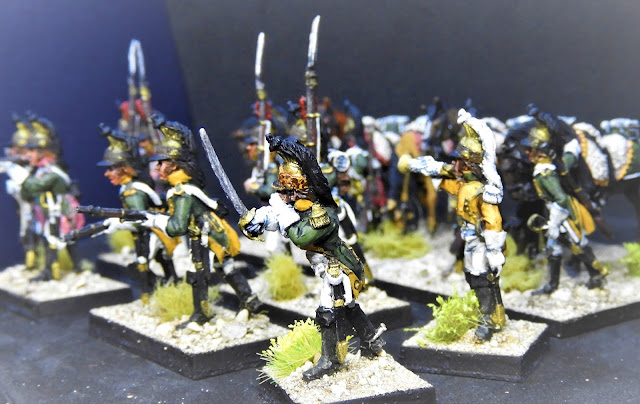 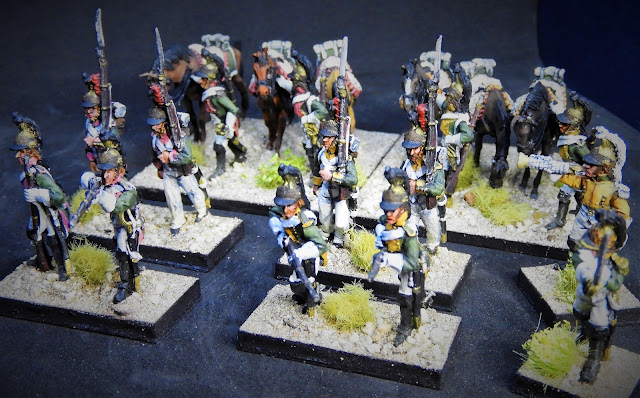 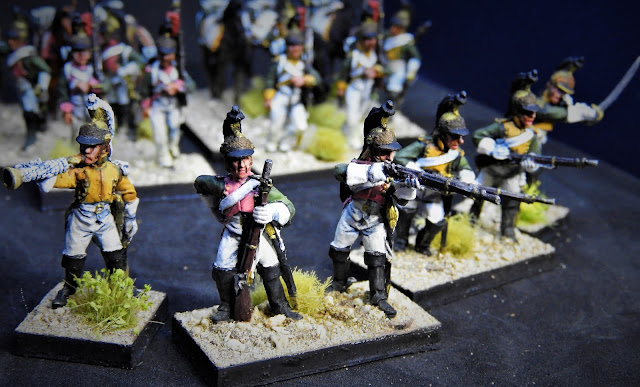 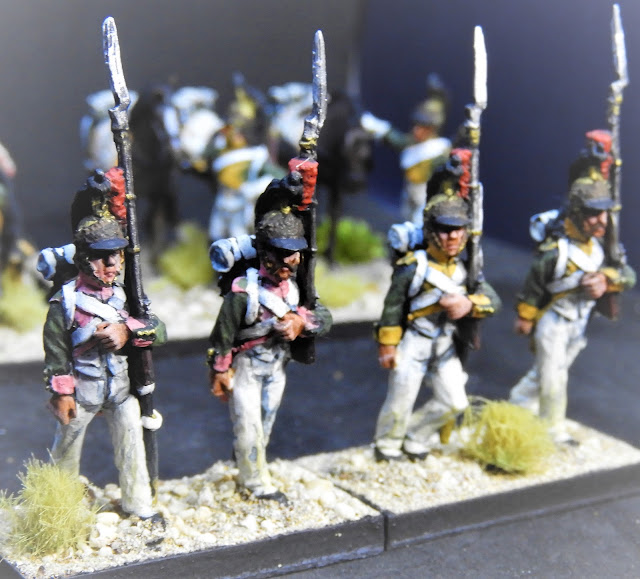 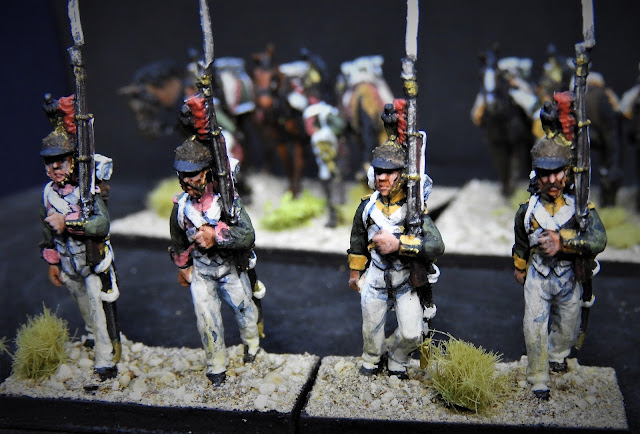 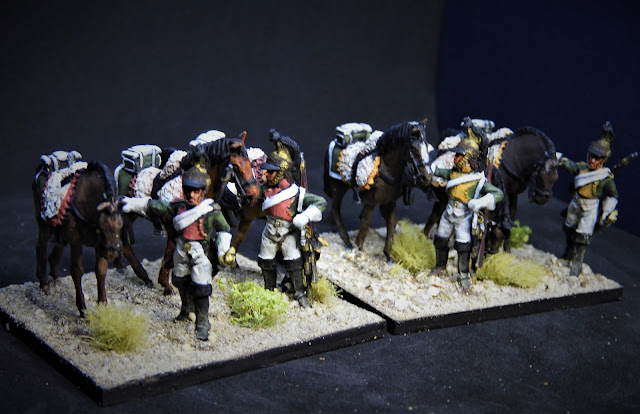 The Dragoons represented Davout's reinforcements for Desaix which including the 7th bis Hussars & 22nd Chasseurs consisted of a squadron each of the 15th, 18th, 20th and 24th Dragoons, with an artillery detachment so a mounted force of about a 1,000 in all. Facing colours for the 15th & 18th were yellow (jaune) and pink (rose) for the 20 & 24th. I now have just a unit each of Chasseurs and mounted Guides to paint so I've painted one of the Guides up as an escort for the General de Division. 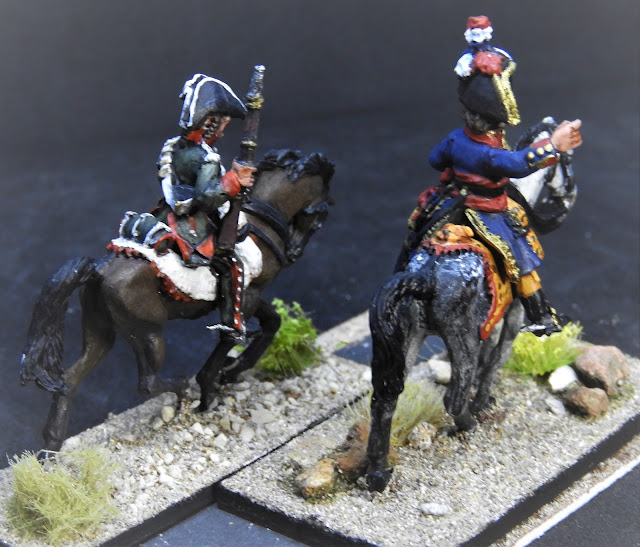 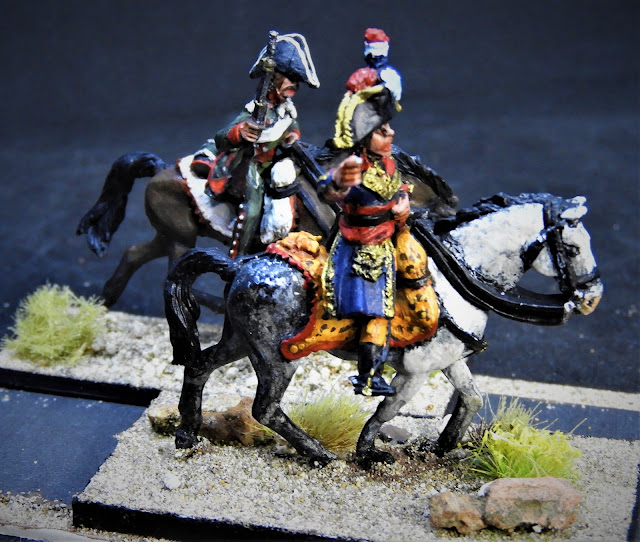 The Guides were an interesting lot, going on to form the basis of the Consular and eventually Imperial Guard. Many adopted Eastern garb with their uniforms while in Egypt so I'm going to add the odd burnoose cloak etc, to give them that authentic Egyptian look!

As well as painting I'm also looking forward to getting back into a game or two next week - at long last!