French In Egypt Project Part V: The Guides and a Legere

I took a little break after the last post to do some landscaping duties as She Who Must Be Obeyed 'guided' so it was only appropriate that, as mentioned previously I made up a unit of Guides. These are the famous Guides de l'Armee d'Orient. They were the forerunners of the Consular and later Imperial Guard and consisted of about 700 men in seven companies (four mounted, three foot) under the newly-minted Chef de Brigade Bessieres! Originally meant to be force protection for the commander as well as a bodyguard they were also scouts and messengers (in such hostile territory messengers required a strong mounted escort). In Egypt Napoleon relied increasingly on their scouting abilities and the mounted Guides themselves became the first French units to adopt Egyptian clothing particularly turbans and voluminous light coloured hooded cloaks that provided protection against the cold desert nights.  The figures are once again those made by Paul Hicks for Brigade. The only problem was that none had any of the aforementioned cloaks as seen with some of his Dromadaires (also see my first French In Egypt post) so I got out the old Milliput and sculpted my own! 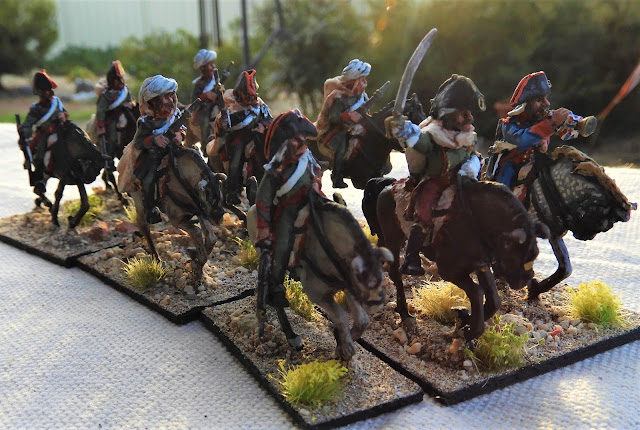 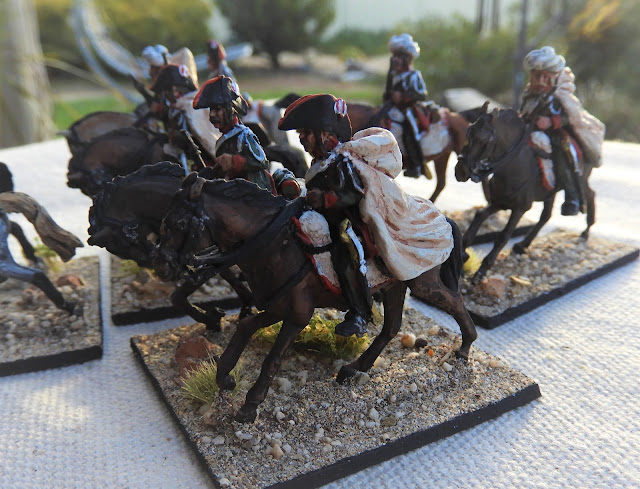 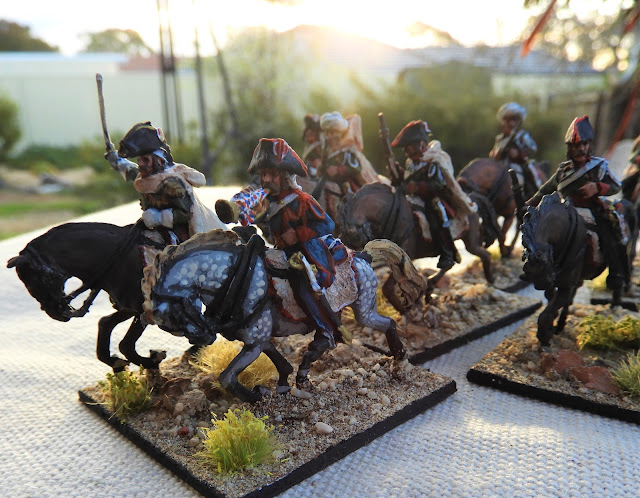 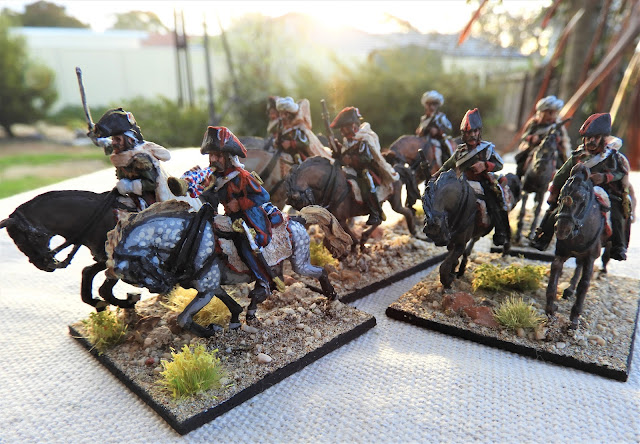 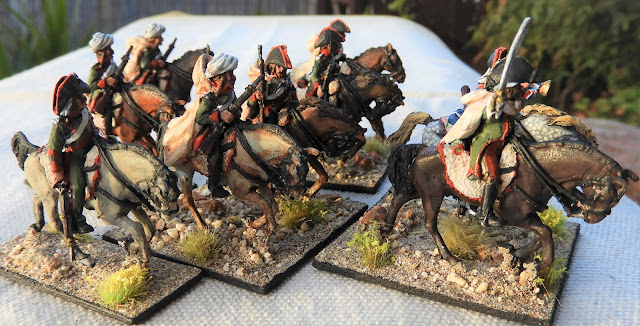 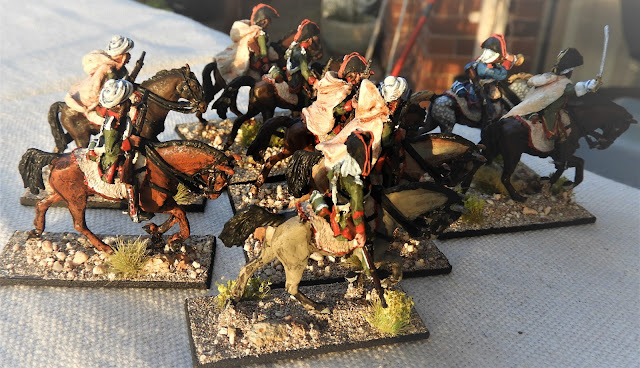 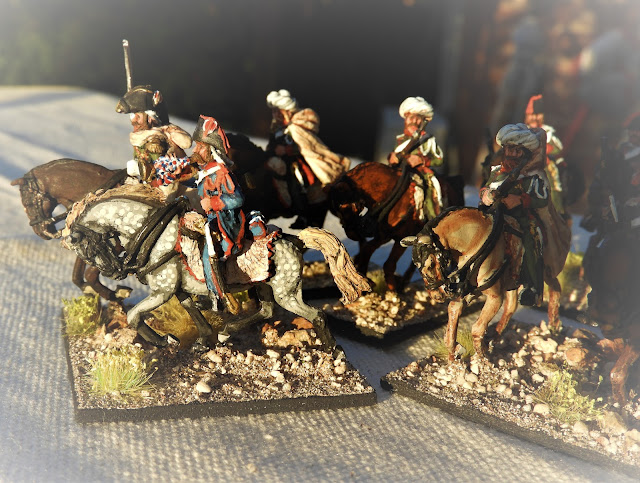 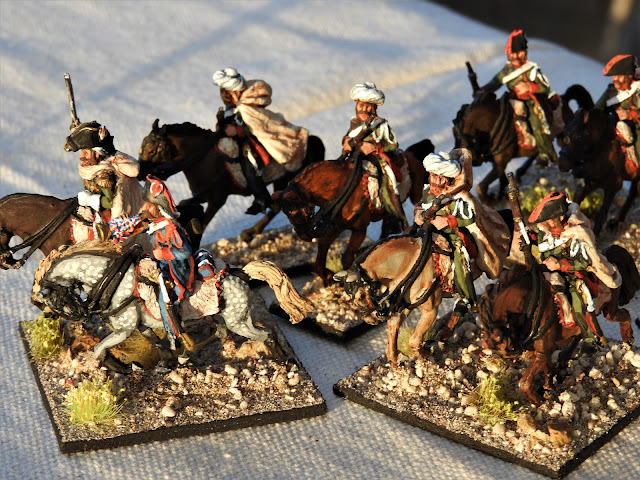 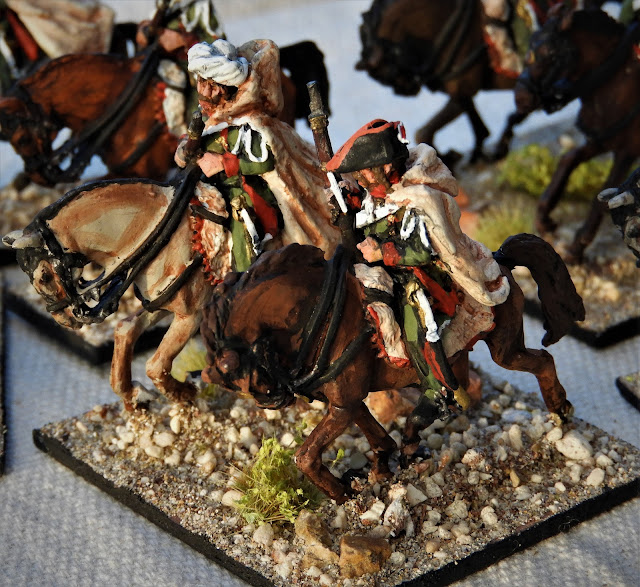 With three auxiliary companies (one half-company of mounted light artillery, two of foot) the Guides, supposedly a miniature corps, in theory numbered over 1,000 but even with the auxiliaries were never much more than the original 700. The reality in Egypt was that by 1 January 1799 there were 294 mounted and 268 foot Guides with an additional 71 Guide artillery. The Egyptian campaign was a hard one for the Guides with 200 Guides (100 each mounted and foot) returning with Napoleon (and Bessieres!) in August 1799 and only 190 foot and 90 mounted returning to France in 1801. All those returning joined the newly formed Consular Guard. Although not part of Desaix' force an interesting lot that were well regarded and a must for any Armee de l'Orient!

Some of the figures that I collected were light infantry in Mirliton (headgear usually associated with light cavalry), possibly Trent figures still sold by North Star. The Legere Demi-Brigades that were in Egypt included the 4th, 7th, 21st and 22nd but while I could find evidence of some in tenue de disembarcation with Mirliton I could not identify which Demi-Brigade they belonged to (or how long they retained the headgear) so I came up with a uniform worn by the 14th in 1798-1801 that could have easily equated with one of the Legere in Egypt. To add to that and complete the unit (which came without command figures) I converted an officer figure from an old Foundry Austrian and a Cornet from one of the Perry pre-1810 French plastics using Mirliton heads from their French Hussars box. While the Legere tended to use drummers at this time they also had some with hunting horns so I chose that option. Quite a nice figure and fits in well with the rest of the Legere lads. 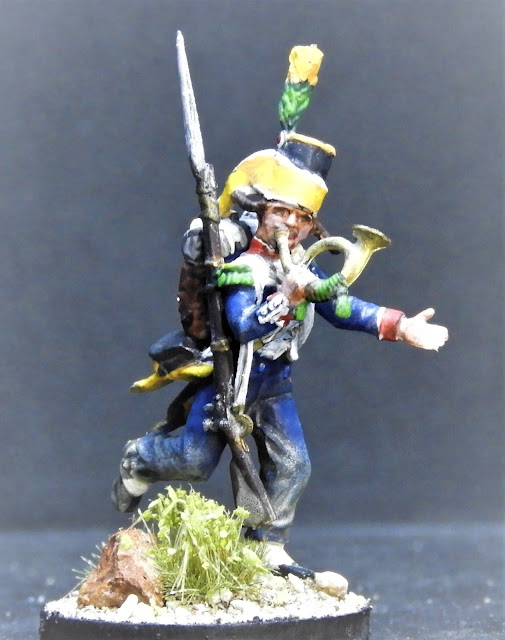 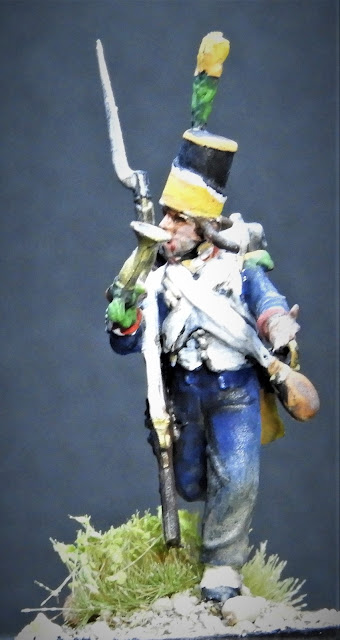 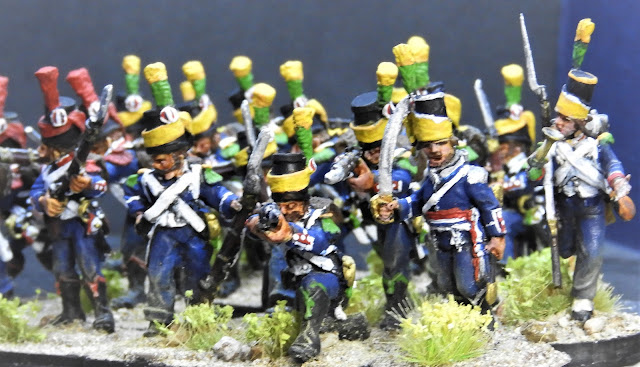 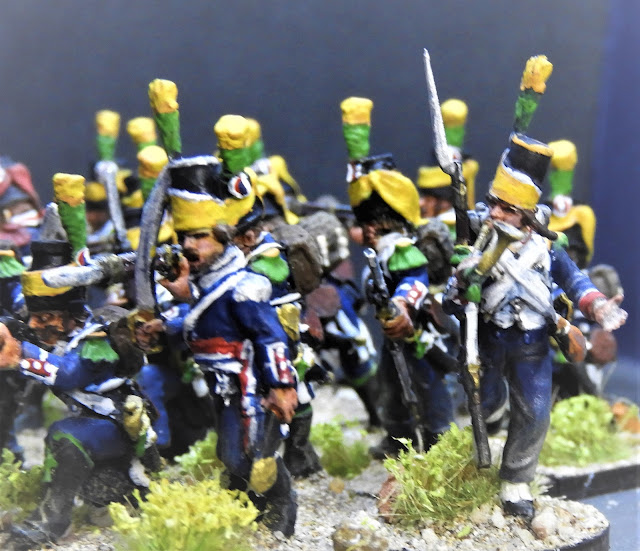 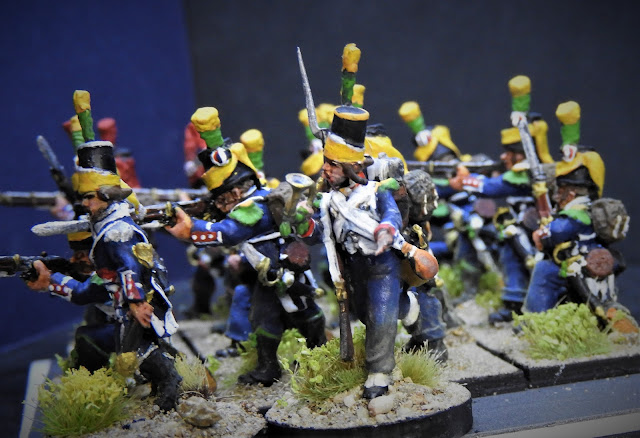 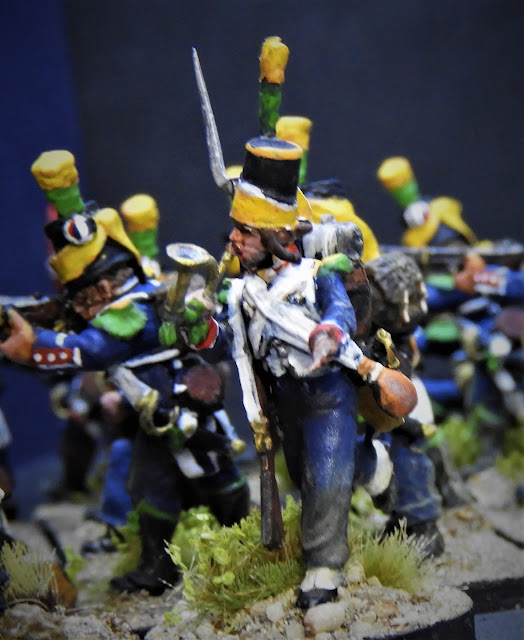 En Avante! - quite a trick to run AND blow your horn but I have actually seen Italian Bersaglieri do just that so the very animated running figure is not a totally outlandish choice as it would seem in my opinion. You'd have to be fit to trot across the desert in that clobber anyway!

The Armee De l'Orient is getting close to completion with only about five units left to go - still a stack of figures just not quite the lead mountain I started out with back in January.

PS: It never ends - the next project just kicked off before this finished with the arrival (woohoo!!!) of my recently purchased Perry's Vichy French intended for my long-planned WWII Syrian Campaign.