Interlude with table and Tigers (and T34s)

Right at the moment I'm painting up my FPW Prussian High Command stand, having finished the figures.  I tried photographing the individual figures with my own little light box but it didn't work - couldn't get the focus right.  So I won't persist but just do the command stand once its finished.  Meanwhile I thought I'd post some shots of the new gaming table I built (and shot the last post on the FPW figures) as a sort of 'how-to'.  I made it out of three old doors, with one cut down to fit across the other two.  The end result is a nearly 3 x 2 meter table that fits nicely over the top of my rickety old table-tennis table but can be easily broken down and packed away. 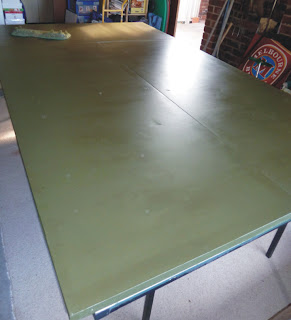 Interestingly enough, the manufactured doors are not exactly plum so the joins are not completely seamless nor do the doors lay totally flat for that matter. To fix these otherwise annoying anomalies the trick is to keep the three pieces flat and together firmly with latches and dowel guides.  Nice and solid. 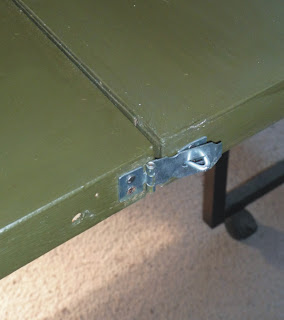 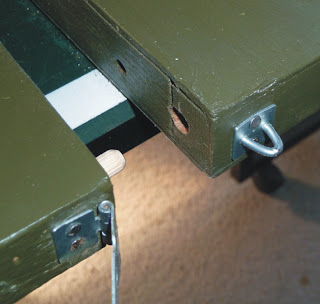 The olive green paint is given a matt varnish finish - Cabot's low sheen polyurethane - which makes it tough and scratch-proof.  Bits of terrain can be plonked directly on it without terrain boards or sheets if you like. 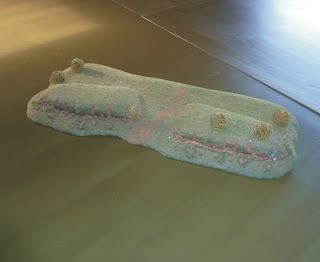 OK - that was very boring, especially if you don't have some spare doors and the inclination to turn 'em into a wargaming table!  So to make up for it I have some really cool photos of some Tiger tanks in action!

My wargaming mate Greg Blake, some of whose photos I have used previously in the Kokoda campaign posts, recently sent me some photos of a game he played - an Eastern Front Kursk-type tank battle pitting 25 T34s against 3 Tigers and 2 PZW IVs defending a village, using slightly modified Disposable Heroes rules.

Greg is a bit of a whizz at Photoshopping the photos he takes into action scenes ( have a look at what he did with my Aircobra straffing the Japs in my last Kokoda post).  He suggested the game was a lot closer than his photos suggest.  Not that it matters, the action photos Greg has created are brilliant in my opinion.  Enjoy. 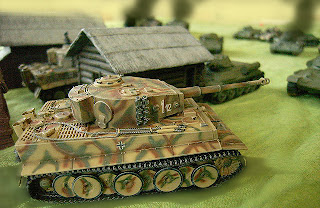 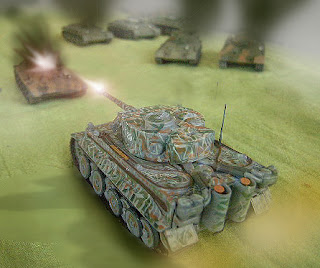 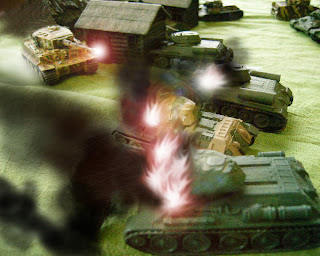 Good shooting Hans!
The Ivan's T34s copped a pasting but Greg reckons they dished it out too, turning one of the Tigers into a bit of a colander after knocking off one of its tracks and immobilizing it.  Looks like it was a terrific game - and I love the atmospheric feel of the action shots he has created.

We're having the next phase of the Kokoda campaign towards the end of the month consisting of a few patrol actions and our first pitched battle.  I will post the result as soon as I can afterwards - if there are any of the Allies left this time!

Well, a big footy game tomorrow with the lad and my Prussian command stand also awaits my attentions.