Finally got around to finishing the Prussian High Command stand.  To compliment the French one I've made it similarly with an MDF coaster, command figures gathered around a table under a tree.  But there the similarities end! 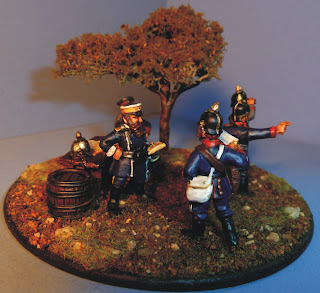 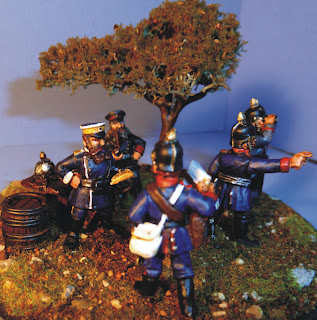 You'll notice that apart from a few less figures, the Prussians appear considerably more relaxed than their French counterparts!  That is entirely Foundry's doing. Instead of having his head in his hands like the French general, the Prussian one is calmly puffing away on an enormous Meerschaum. 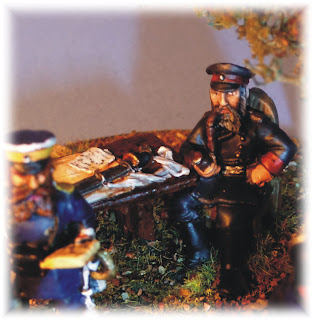 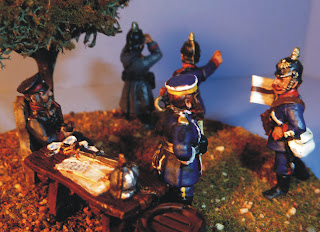 My only addition to the Foundry vignette is the conversion of a standard bearer to that of a courier by putting a wedge of official documents (bound with a leather strap) into his hand instead of a flagstaff, trimming off the bearer's holder and shaping a plastic pack from the Perry's French into a sort of courier's satchel. 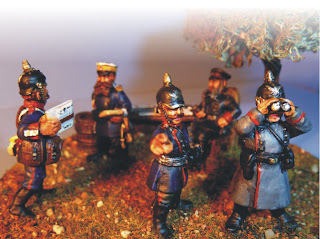 To round off the group I added a pair of infantry officers observing the action through binoculars.  I've got one  brigade command stand to re-do then get stuck into another battalion of infantry.  At 24 figures each - now only about half a dozen of those left to do - Achtung! Ich muss verrückt sein!