The French in Egypt Project - past the halfway mark! 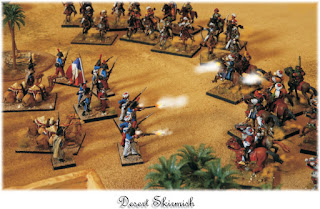 As promised the next installment of my French in Egypt project or Armee l'Orient par deux!

With my last figure order from Brigade winging its way here (thanks Lon Weiss for getting it out in the middle of a pandemic lockdown!) I'm set for the last part of what has been one of my most ambitious projects to date or at least since wrapping up my Franco-Prussian War project (with Doug Walsh) about five years ago (time flies like a Chassepot minie ball!) In fact I started this one about a year or so before I took my extended hiatus from blogging and its been progressing in fits and starts until earlier this year when I decided to bite the bullet and get stuck into the unique French Armee l'Orient.

Before I started the infantry in earnest (assembling les rangs Revolutionaire  both Kleber and non-Kleber) I painted up my command figures and constructed a little vignette of a camel mounted Napoleon in Egypt for a bit of table eye-candy. The figures are a mix of Foundry, Eureka and even Gripping Beast with camel bridles etc, modeled out of greenstuff. 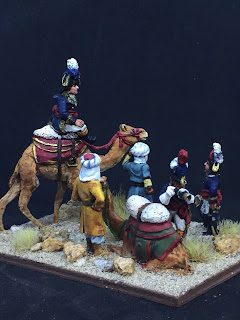 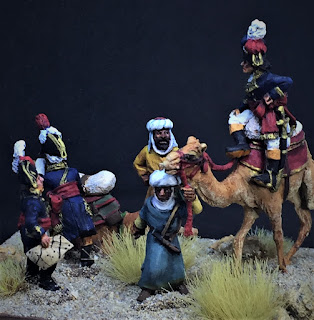 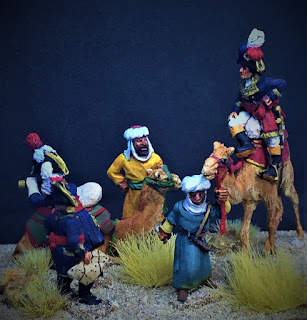 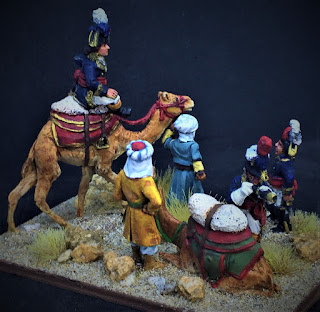 With the command figures completed I then embarked on my first two demi-brigades of French infantry en Kleber of course! I decided to concentrate my force based on Desaix' Division which was sent off in pursuit of Murad Bey's Mamelukes for hundreds of kilometres down the Nile (almost to Sudan). The units to choose from included the 21st Legere DB (Demi-Brigade - 1162 men in three bttn), the 61st Ligne DB (987 men in two bttn) and 88th Ligne DB (608 men in two bttn.) I started off with a 24-figure battalion of the 88th in their striking violet jackets. I'm indebted to Mssr Yves Martin (author of 'The French Army of the Orient 1798-1801' THE reference required!) for his advice and providing (via Facebook group La Campagne en Egypt) actual cloth samples from French Army Archives. The original colour appears to be quite a strong purpley-red that faded on campaign to an almost lavender - so plenty of scope to get it wrong! I soon found out its like this for virtually all the Kleber uniforms - and they're unique to the Egypt campaign of course! 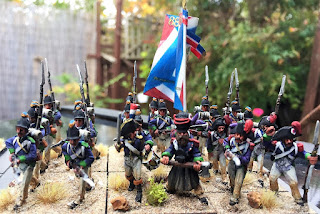 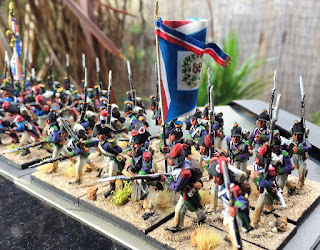 The figures in this one are all - save for a few on the command stand - Paul Hick's sculpted from Brigade. Next cab off the rank was a unit of the famous 21st Legere in their sky-blue jackets and bright pink turnbacks and collars etc. The outstanding part here is the flag which came with some of the original figures (Trent?). Strikes me as pro-made as its so good with filials etc, etc. 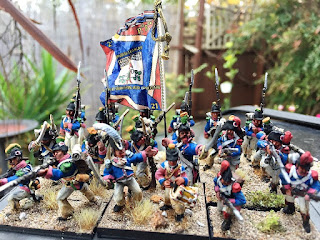 After completing these I'd used most of my available figures en Kleber  so I decided to do a regiment of cavalry while I awaited reinforcements from the UK (Perry's of course!) My unit of choice were the Brigade Dragoons - also sculpted by Hicksie for the Egyptian Campaign. Not my best paint-job - but they'll do! 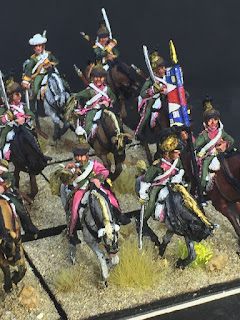 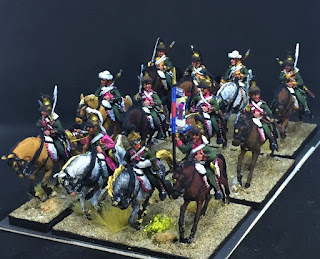 Using my old iPhone camera also sucks nearly as much as my paint-job! The pink had to be mixed up to a particularly vivid hue but the different coloured facings denote it was a mixed unit as part of Davout's reinforcements for Desaix consisting of squadrons of the 15th, 18th, 20th and 24th Dragoons (together with a squadron each of the 7th bis Hussars and 22nd Chasseurs - the remaining cavalry I have yet to paint up) and a battery of light artillery (which I have just finished - Perry's of course!) 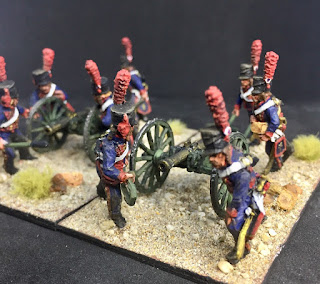 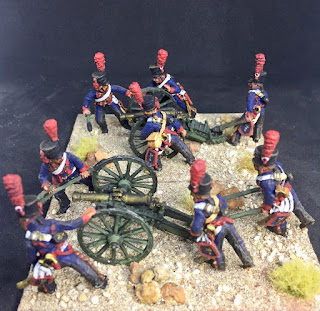 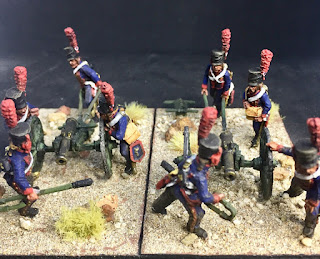 Last of all was another infantry unit - ostensibly done as the 9th before donning the Kleber - or maybe they just hated the hats and decided - like most elite companies - to retain their bicornes! The 9th were with Napoleon at Acre at the time but I'm sure they'll fit into my planned scenarios - maybe facing the Nizam e-Cedit (Turk 'New Army') which they actually did encounter at Acre! Again a mixture of figures including Trent, old Foundry(?) and Brigade etc. Bit of a hodge-podge but they seem to look OK together. After this lot another two in Kleber and one in bicorne to be done when my reinforcements from Brigade arrive! 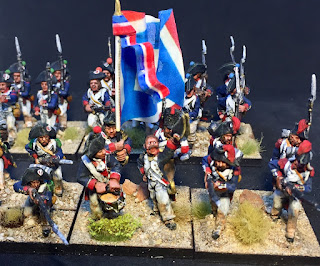 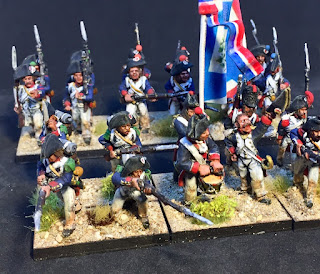 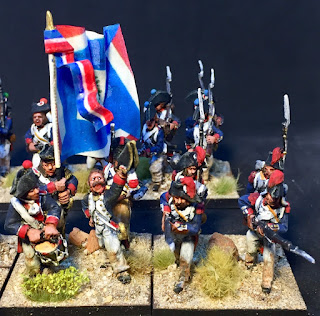 With the remaining Brigade figures are some dismounted Dragoons to reflect that quite frequently they dismounted and formed square (or part thereof) to drive off the Mamelukes as they rarely had the numbers, equipment (e.g. Damascus steel sabres!) and skills homme-e-homme to take them on mounted. They usually only did so after shooting the crap out of them first! All that and more in my next post.
Posted by Doc Smith at 5:39 PM