Wagons Ho! or the truckin' Cantinierre

I mentioned many posts ago that I had completed the Perry's French Napoleonic supply wagon replete with surly looking driver and cantinierre demurely perched next to him.  Then I promptly lost all the photos I took of it and other events (games, projects etc,) overtook things. Well I've been arse-up, head-down and beavering away with the WWII 'Air Assault' project and the battle of Galatas in particular, in between a bit more figure painting (my Austrian hussars are coming along sooo sloooowly...) and perfecting my tea-light 'explosions' when, by sheer accident, I found all the old Perry's wagon pictures. 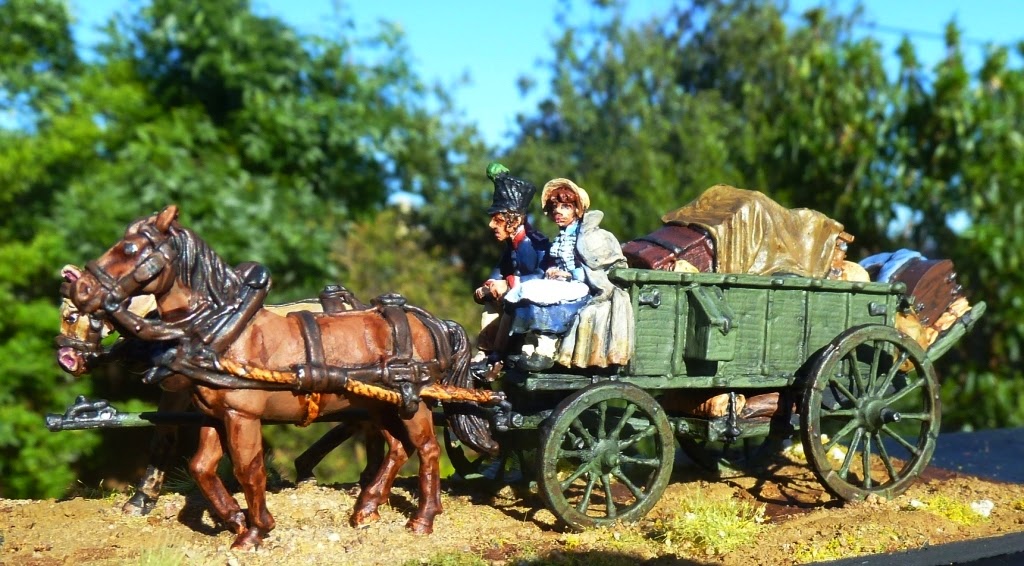 The model comes packed to the gills with steamer trunks and other crap - probably belonging to the officers! 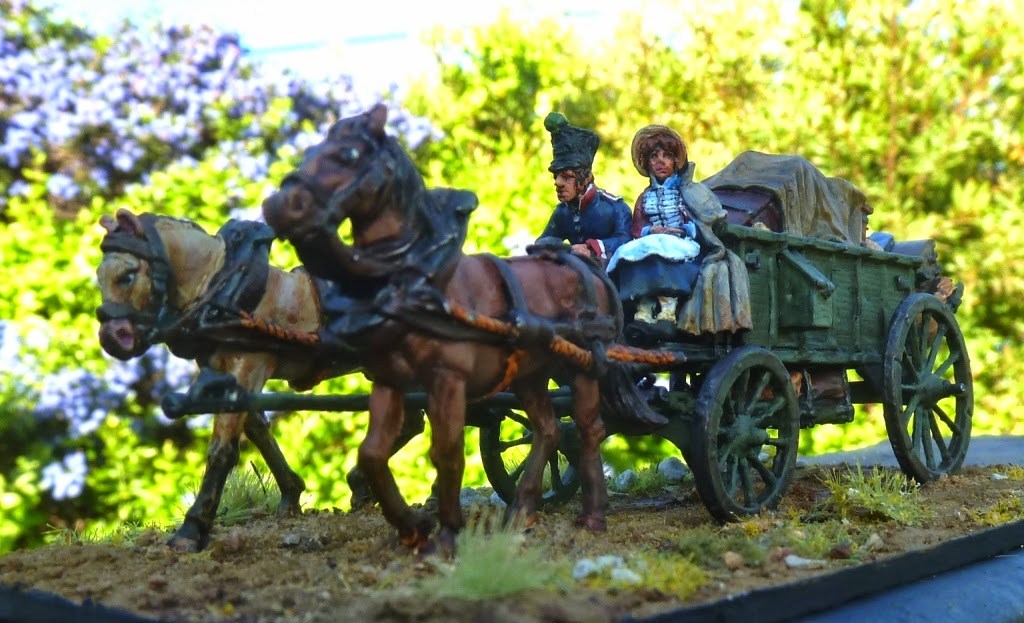 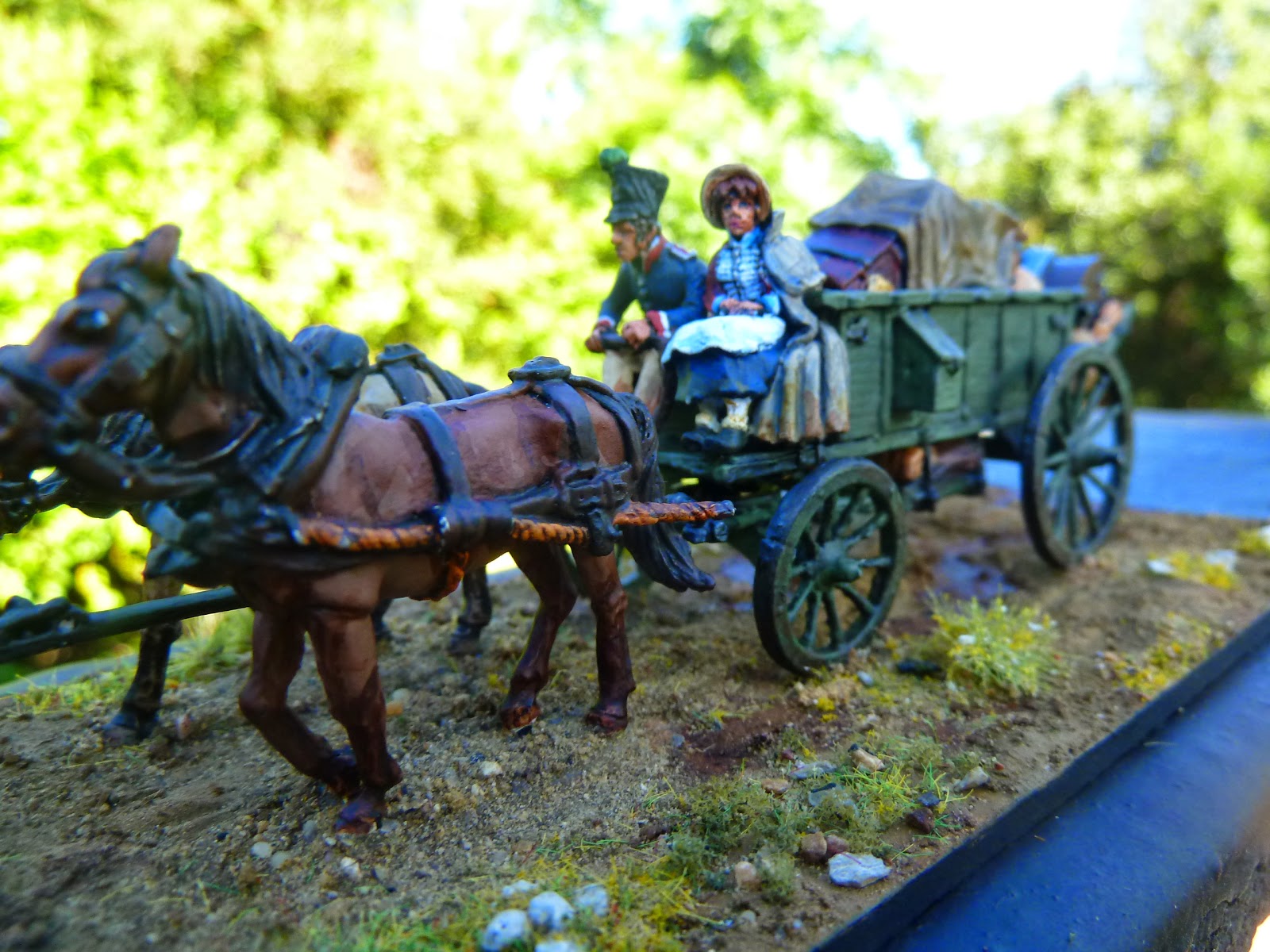 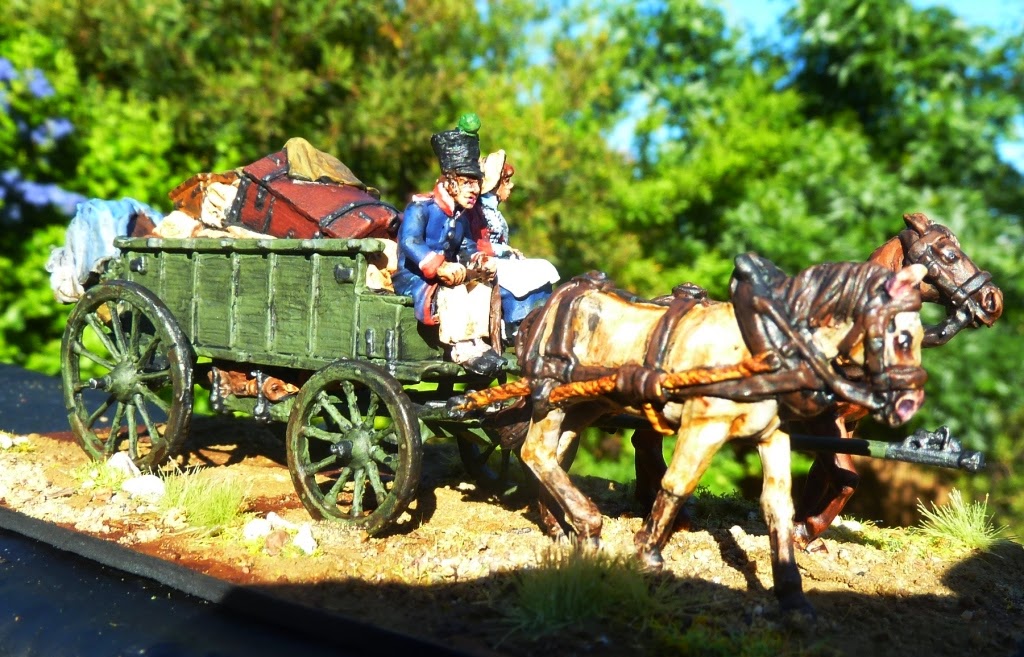 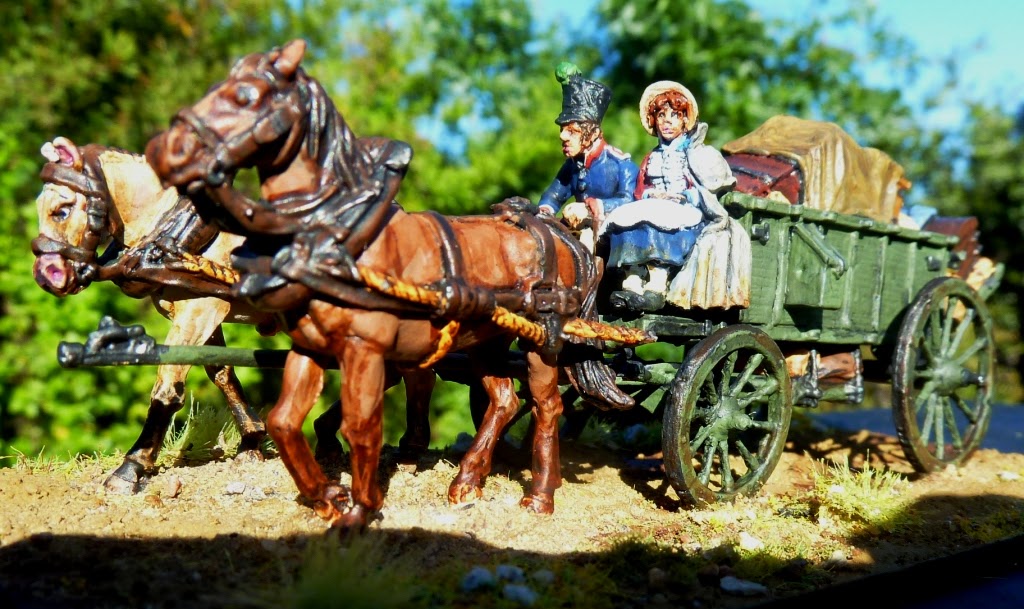 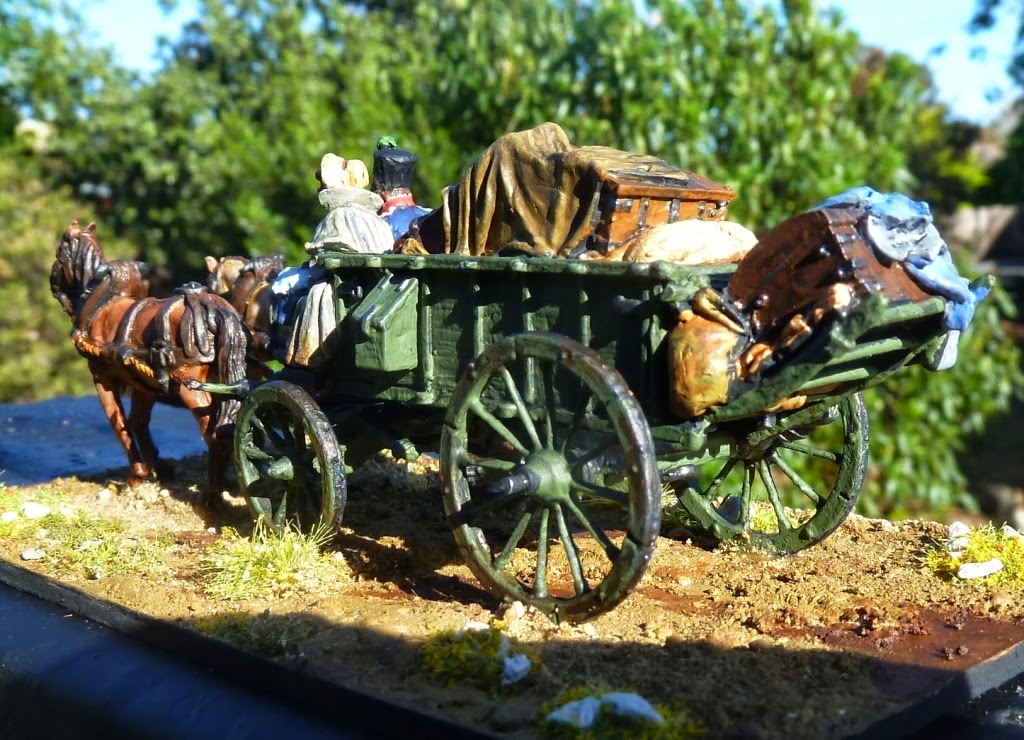 It also comes with a removable canvas cover. 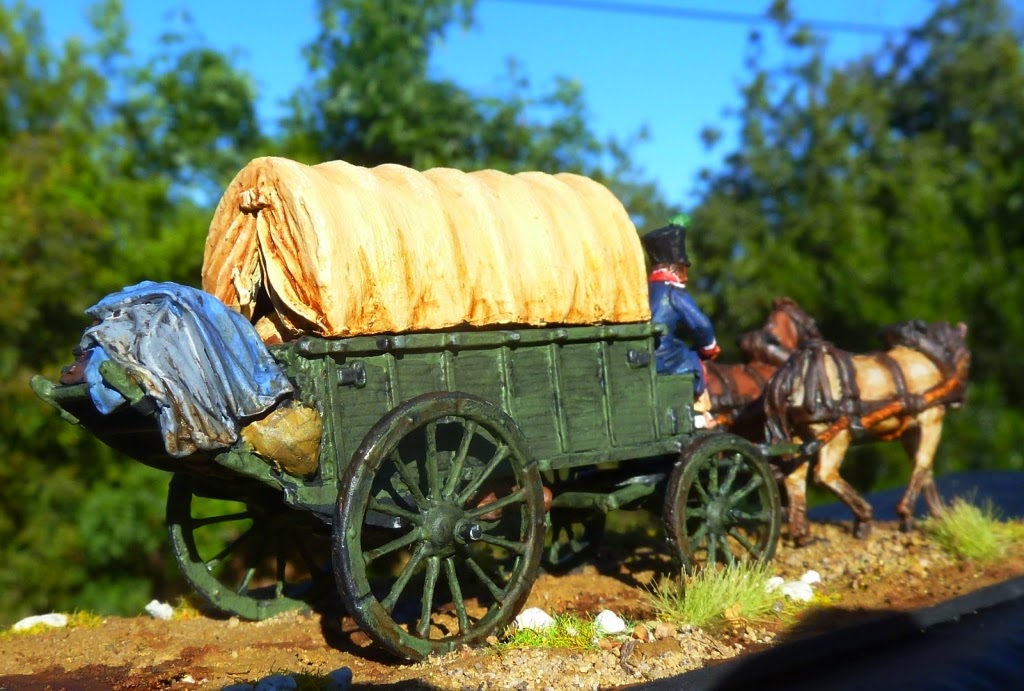 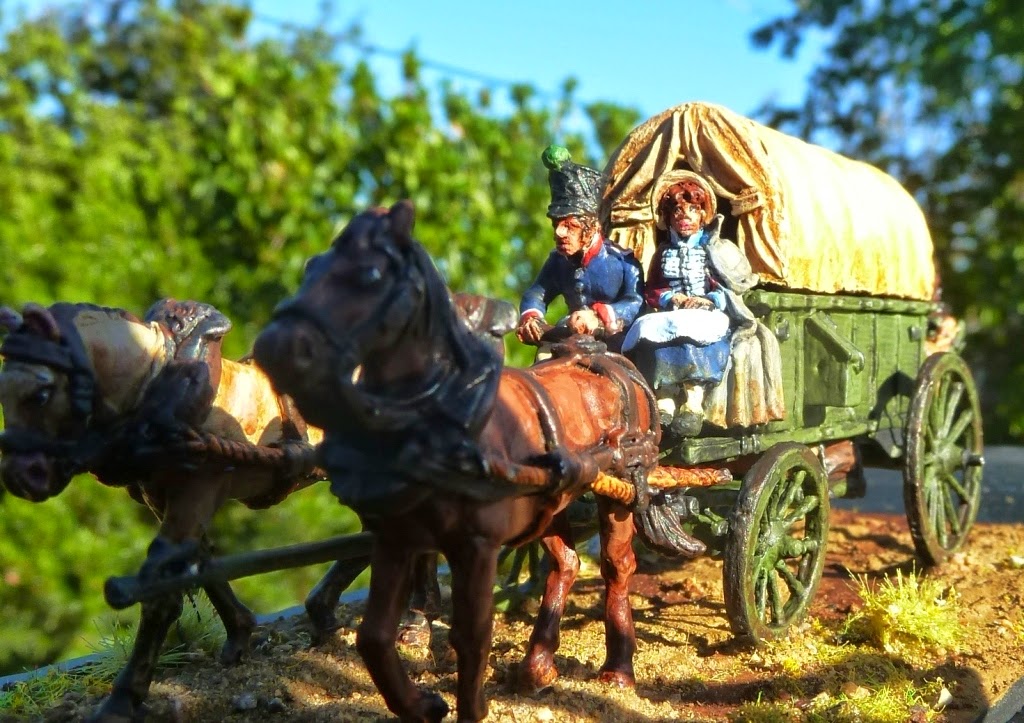 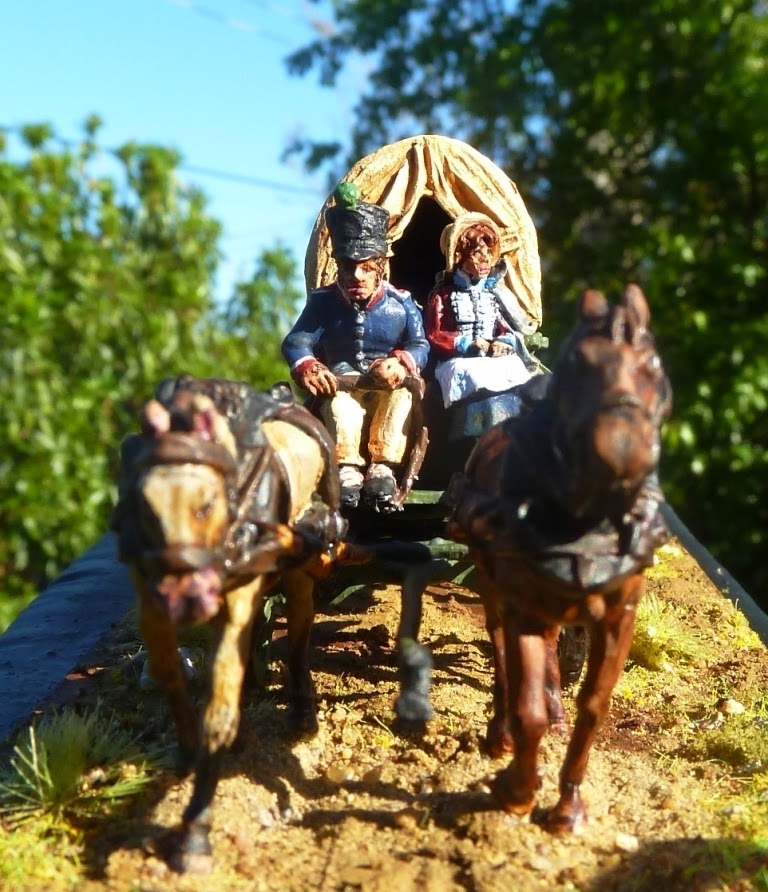 The wagon with a full loads of officer's spare undies etc, would have weighed several tonnes and would have been tough for two skinny nags to haul around even on a good road.  Most of the roads in Europe - and particularly those in Poland and Russia for instance, must have been a nightmare and organising supply trains of these wagons would have been a logistical nightmare. It took nearly a hundred or so of these for a brigade - can you imagine what it took to support over half a million men marching into Russia?

Anyhow, it was a beautifully cast metal model and fit together quite well.  As you can see, once painted up and so on, it makes quite a decent vignette in its own right.  Anyway, back to painting those hussars and once more working my way through the lead mountain!
Posted by Doc Smith at 7:05 PM