I know many of you are Napoleonic enthusiasts - as am I - despite my eclectic postings on just about everything else lately! 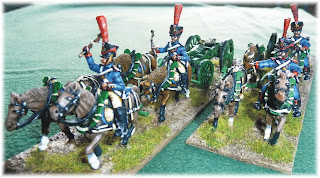 I recently obtained a couple of beautiful Front Rank French artillery limbers  for a song (and a few more $!) from my mate Dean at Olympian (see also logo left side of this blog).  Quite a bargain considering how good they are.  They were a bit banged about and were just the limbers - no artillery pieces attached. 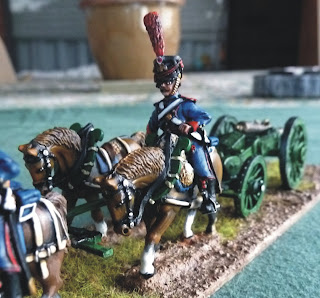 After a few repairs and some minor repainting and a bit of touching up, I made up two 8 pdr artillery pieces to go with them and finished them off.  The following (below) is the Line Horse Artillery limber - my favourite of the two. 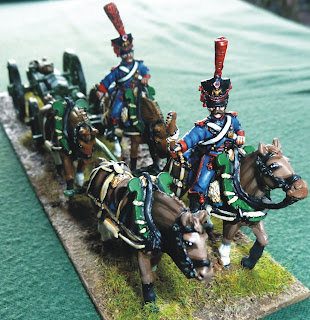 French Line Horse Artillery - after 1807? - the rider at the front has a new plume!
No, second thoughts the Guard (Foot) Artillery limber is my fave, no wait...  Actually they are both beautifully done. 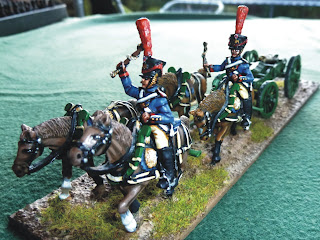 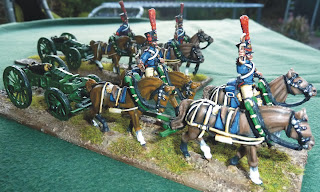 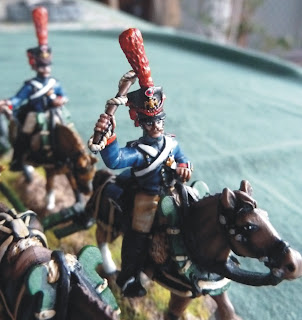 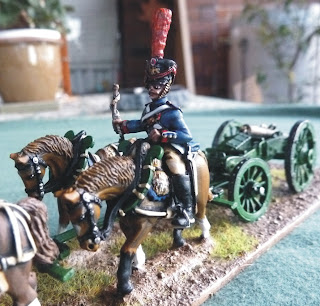 Don't know how I'll use them on the table in a Black Powder game but they'll make great eye-candy anyway.

While I'm at it I'd just like to say a big thank you to my Irish mate Angry Lurker for his generous donation to the Movember cause (my previous post) - the only one so far - so I'd like to again appeal to my fellow bloggers to donate to the very good cause of men's health.  The link takes you to the Movember site and my son's account on it.  Any donation (click under the Mo symbol, left hand side) will generate a receipt for tax purposes.  Last shameless plug - I promise!

Well, that's it for now - still sorting out computer problems with my old PC but have another battalion of FPW French line and Turkos about half done.  Also got a regiment of Spahi - French colonial cavalry used in the Republican phase of the conflict - that will make a very colourful addition when I paint them up.

And another thank you to BRB for pointing out my brain-fart calling them all caissons rather than limbers - now corrected - cheers mate - what can I say - its been a long day!!