Its been a while between posts - which seems the norm nowadays - but the painting continues apace with some timely additions to my WWII collection. I have been collecting all the protagonists for the Mediterranean/North African theatre as I want at some point to do the ill-fated Greek campaign and the bitterly fought invasion of Crete (the German's Op MERCURY).  I have been busily finishing off my Allied forces - just awaiting a Glouster Gladiator for their air cover and perhaps some decent Greek infantry - if I can find any! (who the heck makes 28mm WWII Greeks?)

Owing to other commitments (read my son's rain delayed football season) I've missed gaming at the club for a while BUT did manage to catch up with my mates Ian and Leigh who very generously purchased some of my new you-beaut air stands AND supplied me with one very-hard-to-get Bristol Blenheim bomber made from the old Airfix 1/72nd kit (thanks Ian!) A lick of paint, some bogging, filing and a new set of decals and I've made one of the 212(?) Blenheim squadron that flew out of Greece.  Its a terrific little model so I hope I've done it justice. 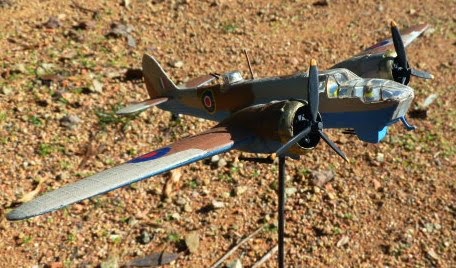 It matches up nicely with my little Hurricane. Actually I was surprised at how small it was - its about the same size as the Bf110 fighter - so it couldn't have carried much of a bomb load. The version I got isn't, strictly speaking, one that they used in the Mediterranean or Greece but the version kitted out as a low-level ground attack fighter-bomber with the second twin MG turret under the nose used in Europe and North Africa. A minor detail I'm sure as its such a nice model anyway. 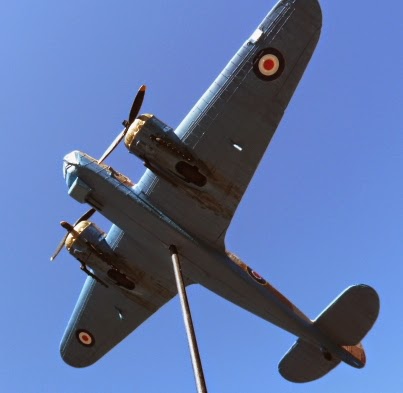 Also of interest is the sky-blue underbelly colour scheme which was unique to that theatre.  The usual lighter duck-egg blue on many planes must have stood out against the Med sky. The  top colour scheme of mustard yellow and chocolate brown is surprisingly effective against a Mediterranean landscape, as can bee seen in the above shot of the bomber and its Hurricane escort. 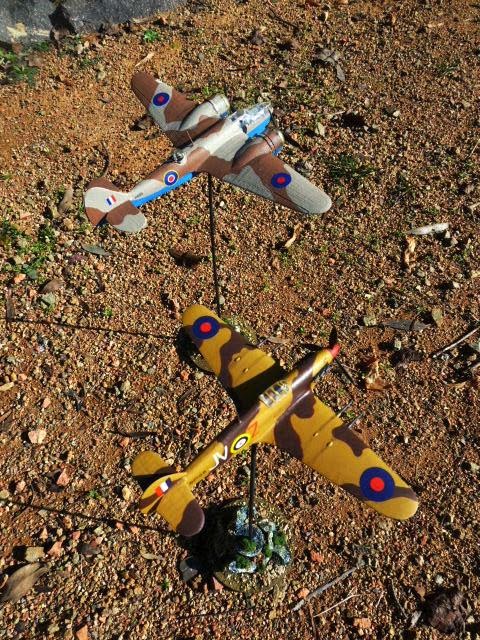 It compares well with the Bf110 escorting the JU52 - which are both in the colours used over Crete. 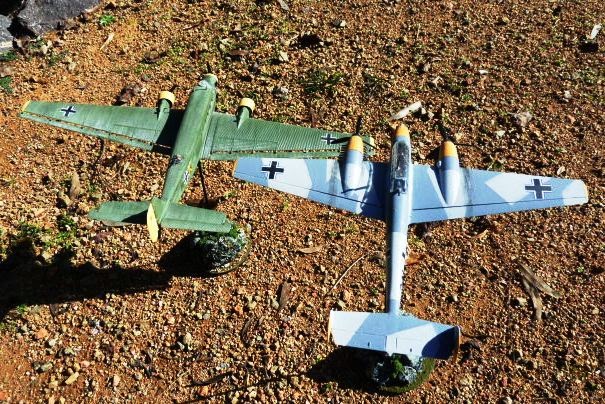 The two final planes to collect will be Italian - I used to have the old Airfix Machetti bomber when I was a kid so I'm really looking forward to building one again - as soon as I can find it of course! But I really should get off this model aircraft thing as I'm a wargamer/collector at heart and my first love are always the figures.

I've been painting up some of my latest order from Perry's and recently finished - after much bad language and a lot of superglue - the British 6 pdr AT gun and half-naked crew. I've done them up to match in with my 2/7th Aussies for Crete. 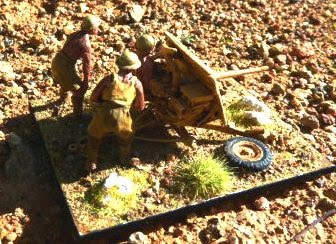 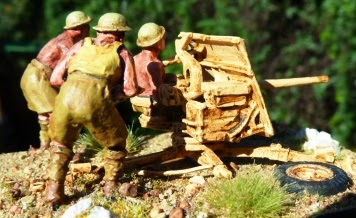 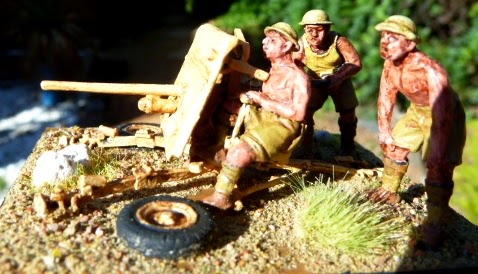 How bloody nice is it? (The model not my duff paint-job!) I must admit it was a challenge to put together with only the photo off the boy's website as a guide but the end result was well worth it. Although I already have a German AT gun I'm now tempted to get the Perry Afrika Korp one - and I notice they even have an Italian version on the workbench as well. That's the problem ain't it? Always another 'must-have'!!! 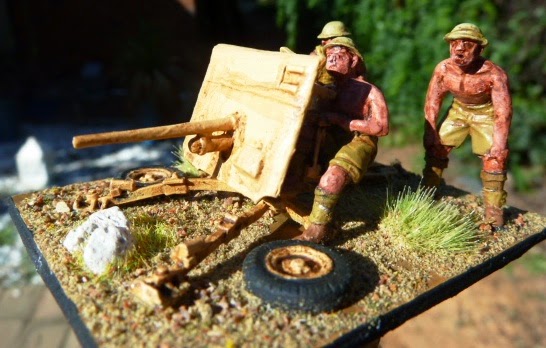 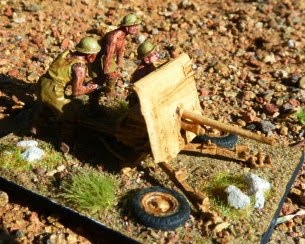 Well that's it for WWII for now.  I have a platoon of infantry in battledress to do, a Vickers tankettte and a horde of Italians but they will have to wait until I've finished my battalion of Napoleonic French Middle Guard Chasseur Grenadiers. I also have an artillery caisson done so I'll likely post on that when I get around to it!

Hmmm, I really want to paint up some WWII Italians too...  c'mon Doc, get a grip!